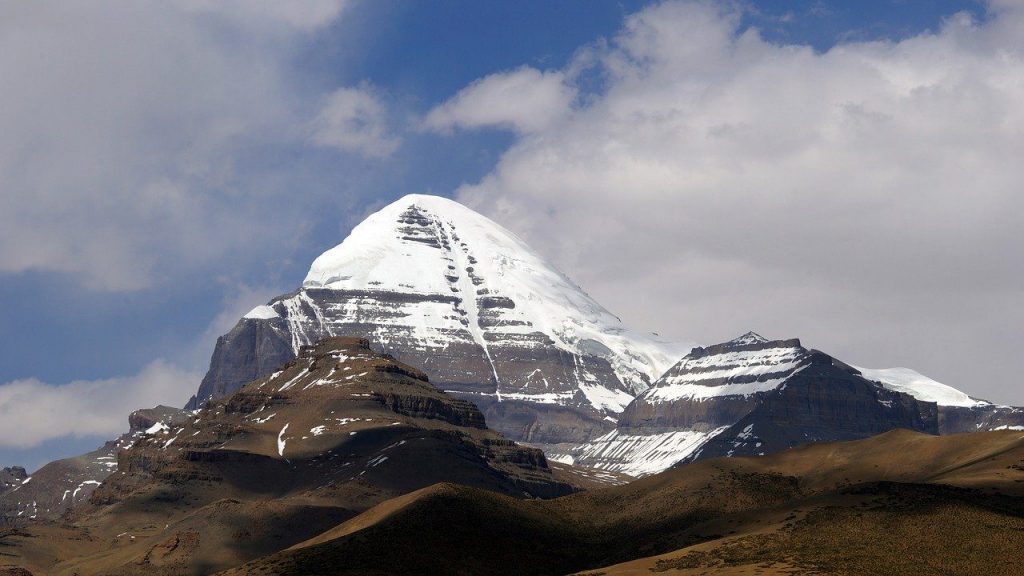 Mount Kailash Trek is the main trekking route to the majestic and sacred Mountain Kailash (6,638m). The mountain is located in the western part of Tibet,The route has been traversed by millions of pilgrim goers for hundreds of years, as the mountain is held in reverence by four religions: Buddhism, Bön (shamanistic religion of Tibet), Hindu and Jain(Tibetan Buddhists).

Buddhism and Bon, consider the mountain to be the center of the universe and home to Chenresing (Buddha of compassion) and worship the mountain as the soul of the region. Jains, on the other hand, believe that their prophet –  ‘Rishabhanatha’ received illumination atop the mountains. Hindus, however, consider Mount Kailash as the abode of their deity Lord Shiva.

No matter the belief, the trekking route sees thousands of pilgrims make their way to Mount Kailash to take part in the ‘La Kora’ every year.  La Kora is a ritual and spiritual walk around Kailash Mountain. While every pilgrim goer performs the La Kora in a clockwise direction of the mountain, Bön followers traverse the trek in an anti-clockwise direction per their religion.

Mount Kailash Trek, is the most famous pilgrimage through Tibet. From Lhasa – the starting point of this trek;  we trek through gravel covered roads to reach the surroundings of Mount Kailash. During the journey, we will come across the immense Changthang plateau – the domain of nomadic pastors and the source of the three great sacred rivers of Asia: Indus, Sutlej, and Brahmaputra. Lake Manasarovar, considered to be sacred in the Hindu religion, also falls en route to Mount Kailash. The highlight of the region, however, is the majestic Pangong Lake, one of the largest lakes in all of Asia.

The trek often includes 3 days of walking, with a maximum of 8 hours of walking, 500 meters of elevation gain during the day. The average altitude of the trip is relatively high: 3650m in Lhasa to 5600m on Mount Kailash. Thus, your health must be in optimal condition before opting for the trek. The paths made specifically for La Kora, are of good quality and maintained regularly.

As the trek to Mount Kailash passes over altitudes of 5,650m, the trekkers will have to acclimatize themselves first at the banks of Manasarovar and then again in the Inland Khora before attempting the La Kora.  Due to high altitudes, rugged landscape, treacherous hilly roads throughout the Mount Kailash Trek – participating in sports activities or endurance training before departure is highly recommended.