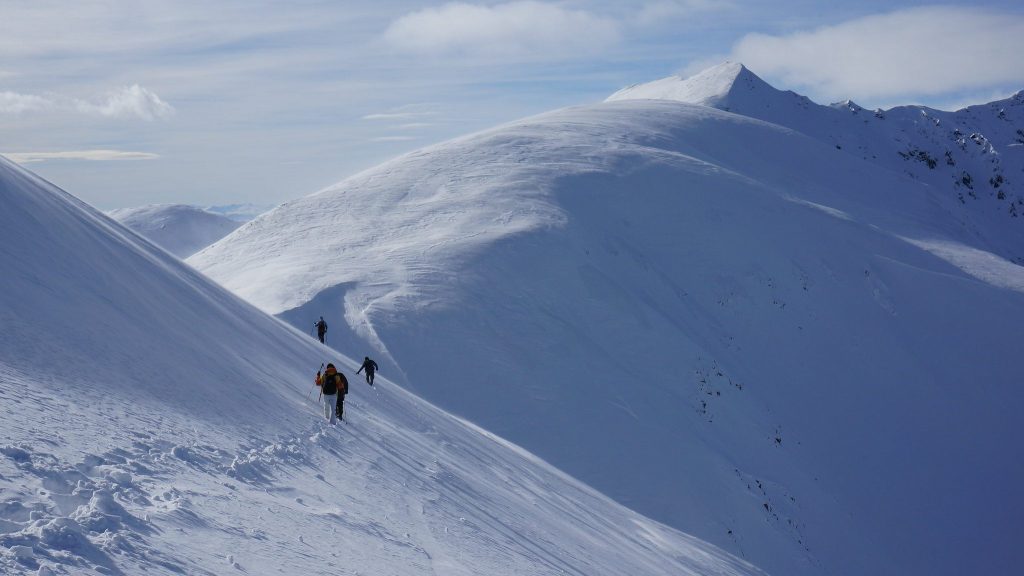 Nepal, consisting of 8 out of 14 8000+ metre mountains of the world, is the primary target for Mountaineering activities such as Skiing, Peak Climbing, Bouldering, Rock Climbing and so on. The geographical diversity of Nepal makes her a one-stop for a number of Adventure Activities.

The snow-covered mountains of Nepal are ideal for mountaineering activities. These mountains are covered with snow throughout the year.

Peaks such as Island Peak, Mera Peak, Mardi Himal, Hiunchuli, Chulu, etc. are some popular climbing peaks in Nepal. They are all cleared safe for peak climbing. Travel agencies in Nepal, like us, have well-trained and experienced guides to make sure your Peak Climbing trips are successful and safe.

Skiing is another widely popular adventure sport in the world which you can experience in Nepal. Although, Nepalese do not actively get involved in this sport, it is still popular in Nepal due to dominance of tourists opting to ski in Nepal. You can get an opportunity to Ski in Kalinchowk, Annapurna region and Everest region, although development of Skiing is at progress in other regions.

Nepal is also a preferred destination for mountain expedition as Nepal is home to the world’s tallest mountain, the Everest along with 8 out of 14 8000+ metre mountains. Embarking on a mountain expedition is definitely thrilling and dangerous at the same time. Mountain Expedition has become popular and has grown exponentially after Sir Edmund Hillary and Tenzing Norgay ascended Mount Everest in 1953. Annapurna I, Cho Oyu, Baruntse, Makalu, etc. are also popular for Mountain Expedition. Compared to lower heighted mountains such as Annapurna I and Kanchenjunga, Mount Everest is considered comparatively less dangerous. Annapurna and Kanchenjunga are considered among the most dangerous mountains in the world.