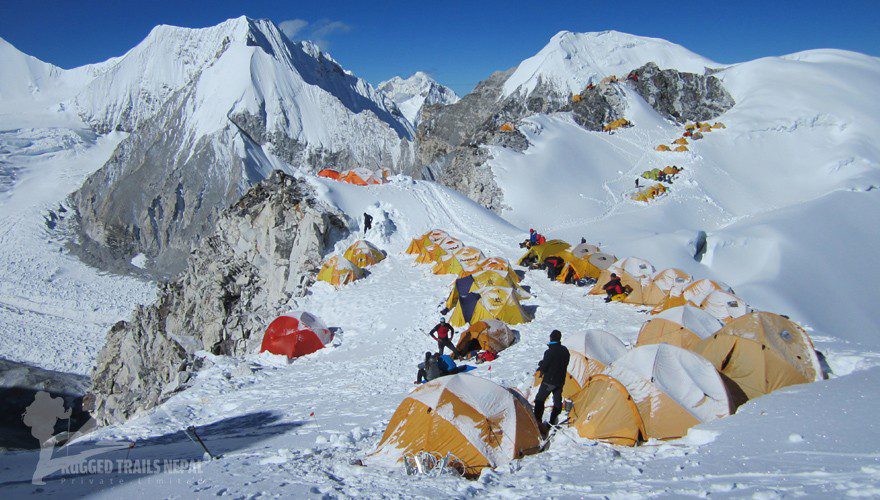 The Expedition to Cho Oyu is an opportunity for people with the trekking skills and knowledge to ascend atop one of the 8000+m mountains of the world with a high probability of reaching the top of Mount Cho Oyu.

Mount Cho Oyu (or Cho Oyo or monteZhuoaoyou ) is the sixth highest mountain in the world. Cho Oyu is located in the Himalayas, 20 km west of Everest. Cho Oyu means “Turquoise Goddess” in the Tibetan language. Cho Oyu, like Mount Manaslu, is often considered a training mountain before climbing Mount Everest. The Expedition to Cho Oyu is considered one of the most affordable, and comparatively an easier climb against other 8000+ meters mountains because of its easy trekking trails, better weather conditions. As the trek is long and arduous, anyone attempting the expedition will require prior trekking skills, knowledge, proper gear and above all, the person should be in top physical condition. As a result of this, Cho Oyu flaunts the least fatality rate among 8000+ meters of mountains.

The first successful ascend on Cho Oyu was made by the team of Herbert Tichy, Joseph Jochler and Sherpa Pasang Dawa Lama on the 19th of October 1954. Cho Oyu lies at the border between Nepal and Tibet approximately 18 miles West of Mount Everest. Cho Oyu is marketed as a “Trekking mountain” by some as it can be ascended by trekkers with high fitness and low mountaineering experience.

The Cho Oyu expedition starts from a lovely flight to Lhasa, Tibet from Kathmandu. Don’t worry you won’t feel jet-lagged as we take two days rest in Kathmandu to finalize and prepare all the documents. Meanwhile, you get to explore Kathmandu city in your leisure time. Also, you would need to buy any gears or equipment that you may have missed. Legend of Himalaya, we offer a safe expedition complying with all the requirements of the Government of China, as well as the fees imposed by the China Tibet Mountaineering Association.