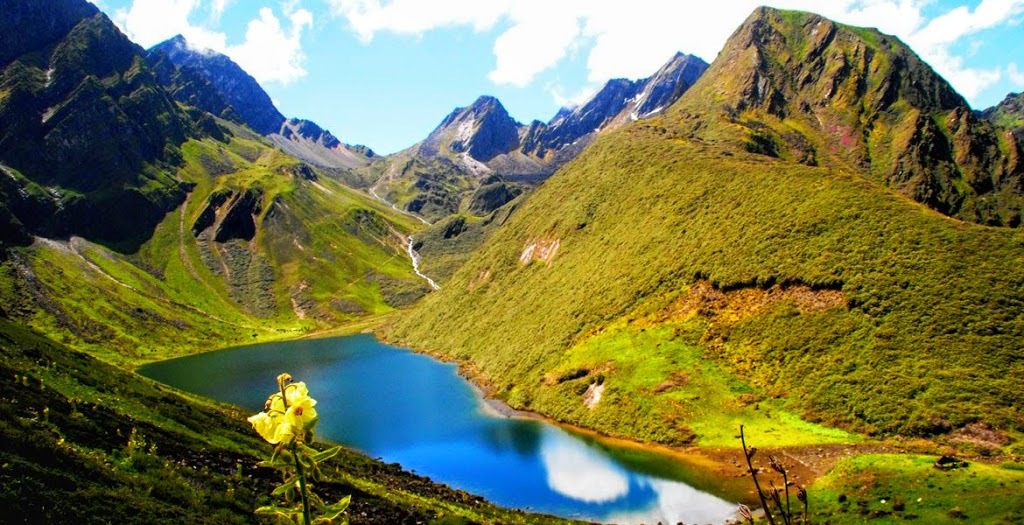 Dangal Trek – often referred to as the trek of ‘1000 Lakes Trek’; is a short trek offering a mesmerizing view of the entire Bhutanese Himalayan Massif. Despite the trek being only five days long, the trekking route which starts near Thimphu (the capital city of Bhutan),  incorporates within  it an unforgettable landscape, a panoramic view of the  himalayan ranges and many high altitude freshwater lakes. Dagala Trek is more often than not – a off beaten track, devoid of almost any trekkers on the road. This makes it the ideal trekking route for anyone looking to connect with nature in a more isolated manner.

Enroute  you will be greeted by the sight of Kanchenjunga – the third highest mountain peak in the world, which is nestled between Sikkim and Nepal.  Obtaining an unobstructed view of the range, puts things in perspective and will leave you wanting for more. The 1000 lake trek is not famous like other trekking routes within the country. The reason behind this is because the trek passes through high altitude, thus, anyone attempting this trek should be in a peak physical condition. Everyone is affected by the altitude in different manner, as a result of which Legend of Himalaya only recommends this trek to any and all who are physically fit and are of sound mind and body.

The trek is the hardest in the initial 2-3 days of the trek, as the route snakes in between the side of a huge mountain and it’s all uphill, making it hard right off the gate. However, the natural wonder that waits atop the hill, will make it all worth the while of making the trip. Furthermore, the trail will take you through lush green jungles, yak pastures, forest struned with alpine flowers , along with vast meadows – where you will find an abundance of a variety of species of birds. There are several traditional Bhutanese villages, where you will be able to enjoy the company of people who have been living in this high altitude village for thousands of years.