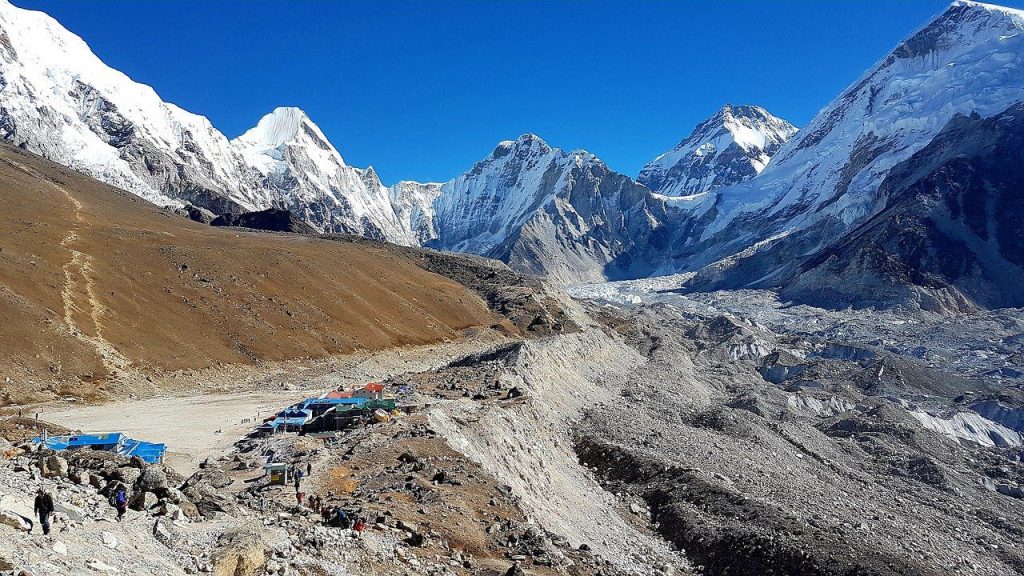 Everest –  the highest mountain on earth needs little to no introduction. Standing at 8,848m above sea level, the mountain has become an object of desire for many professional climbers. Everest Base Camp Trek, a trekking route encompassing the incredible views of Mount. Everest, Lhotse, Nuptse – the great Himalayan massif; is one of the most sought after trekking routes in Nepal.

Mount Everest was scaled for the first time on 29th May 1953 by Edmund Hillary and Tenzing Norgay. The obsession of climbing the peak in recent decades has increased exponentially but despite the popularity, one must understand that trying to climb Everest is not suitable for everyone. Not only have experienced mountaineers tried it, but daring foreigners with enough money to pay for the required permits and equipment have made the attempt to scale the mountain on multiple occasions.

Mount Everest is shared by Nepal on the South and Tibet – China on the North – each consisting of a base camp in their respective sides. While the camp on the Chinese side is easily accessible by road,  the camp on Nepal’s side can only be reached by walking for several days after landing in the city of Lukla via an airplane, from Kathmandu. Besides, the alternative to flying to Lukla is to choose the path through Jiri, which has to be done on foot, the journey taking about 6-7 days.

The first thrilling experience of the trip for most trekkers is when the plane lands in the Tenzing Hillary Airport, Lukla – one of the most dangerous airports in the world. The route to Everest sees about 40,000 people per year who make the trek from Lukla airport.  This is done to save time, money and energy before beginning the trek to the base camp. From Lukla, climbers trek upwards to the village of Namche Bazaar, 3,440m, which takes 2 days from the airport.

Namche Bazaar and Tengboche are the most popular villages en route to Everest Base Camp in the Khumbu Region. While Namche is considered the commercial hub – where trekkers buy supplies and rest to acclimatize themselves to the high altitude; Tendboche is famous for the Tengboche Monastery – the oldest Sherpa celibate monastery. Both villages boast the panoramic view of the snow-capped peaks such as Everest (8,848m), Lhotse (8,516m), Cho Oyu (8,153m), Nuptse (7,855m), Pumori (7,161m), Ama Dablam(6,856m).

Past Tenagboche, attractions such as the Khumbu Glacier, Kala Patthar (5,545m) – the most accessible point to see the majestic Mount Everest and the Khumbu ice waterfall; can be seen.  These attractions can be enjoyed by anyone who wishes to make an excursion to the Everest Base camp. The trip takes 13 days from Lukla to reach the base camp and return to the same point.

However, if someone has the time, energy and the willingness to explore more areas of the Khumbu region – along with the Everest Base Camp; hikers can enjoy the three high passes: Renjo La (5,360m), Cho La (5,420m), and Kongma La (5,535m). This allows the traveler to enjoy the famous Gokyo lakes, hidden amongst the massifs.