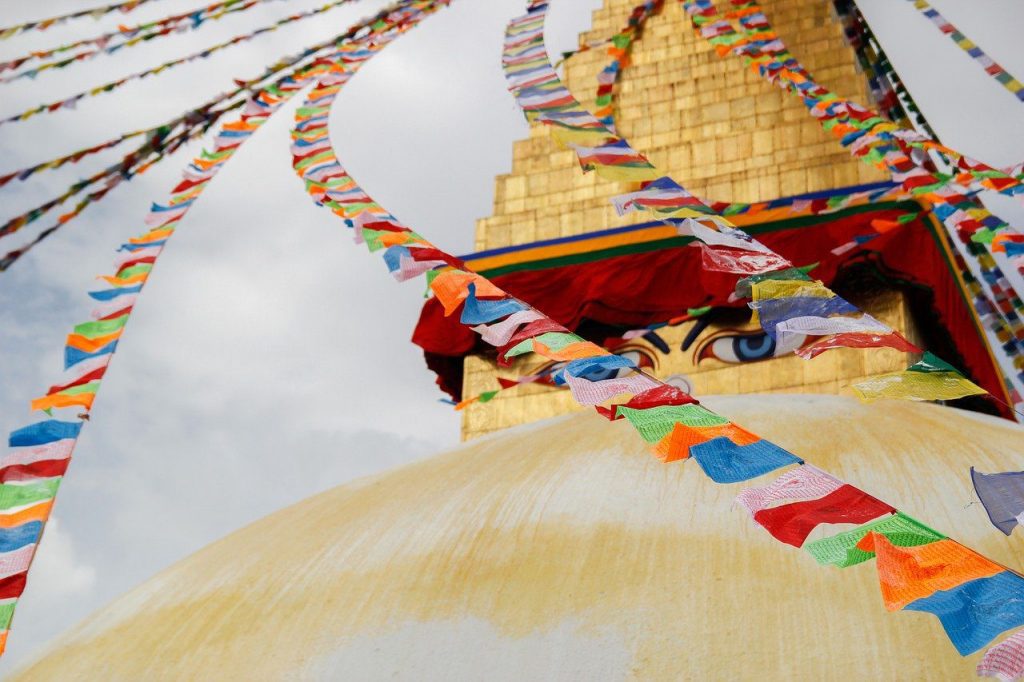 The Kathmandu Durbar Square – located south of Thamel is the heart of old Kathmandu. It actually combines three adjoining squares: Basantapur Square to the south, Durbar Square to the west and its extension to the north-east overlooking Makhan Tole. It is without a doubt one of the first places to visit when you arrive in Kathmandu. There are many temples with multiple roofs, the huge temple dedicated to the goddess Taleju, Kasthamandap the oldest building in the Kathmandu valley, the Kumari Bahal remains of the living goddess Kumari and the old royal palace Hanuman Dhoka.

Durbar Square in Kathmandu was once the place where the kings of the city were crowned and legitimized. We locate the creation of the buildings located there around the 17th and 18th centuries. When Kathmandu became independent during the reign of King Ratna Malla, the palaces that were there became the royal palace for the Malla kings.

You should know that before the unification of Nepal, the country consisted of small kingdoms and Durbar squares, which are today considered the most important vestiges of this time. Most of the buildings have undergone renovations after the great earthquake of 1934. In 1979, it was listed as a UNESCO World Heritage Site. Until 2001, Durbar Square in Kathmandu was then the center of imperial events. The big earthquake of 2015, unfortunately, affected Kathmandu and these buildings which could once again be reconstructed and renovated.

Durbar Square is the ideal place to start visiting Kathmandu and discover the ancient buildings of the valley. The name “Durbar Square” designates the squares and areas located opposite the ancient royal palaces of Nepal. The Durbar Square Kathmandu consists of temples, idols, open courts, water fountains and attracts many tourists and faithful.

Durbar Square is made up of three large spaces linked together:

Kathmandu Durbar Square still retains the temple of Vishnu – made entirely of wood and stone, Bhimsen Mandir – guarded by two statues of lions covered with golden decorations, the temple of Krishna Mandir – a magnificent building made of stone and the Kar Narayana temple – which the Newars designate as the temple of Kamasutra. From atop the Maju Deval temple, you can admire the square in all its splendor and witness the different scenes of life unfolding in front of your eyes; a unique characteristic of the  Durbar Square. Several street vendors and small shops are swarming on every street corner and offer various souvenirs, clothing, jewelry, handicrafts, mountain equipment to liven up the place at any time of the day.