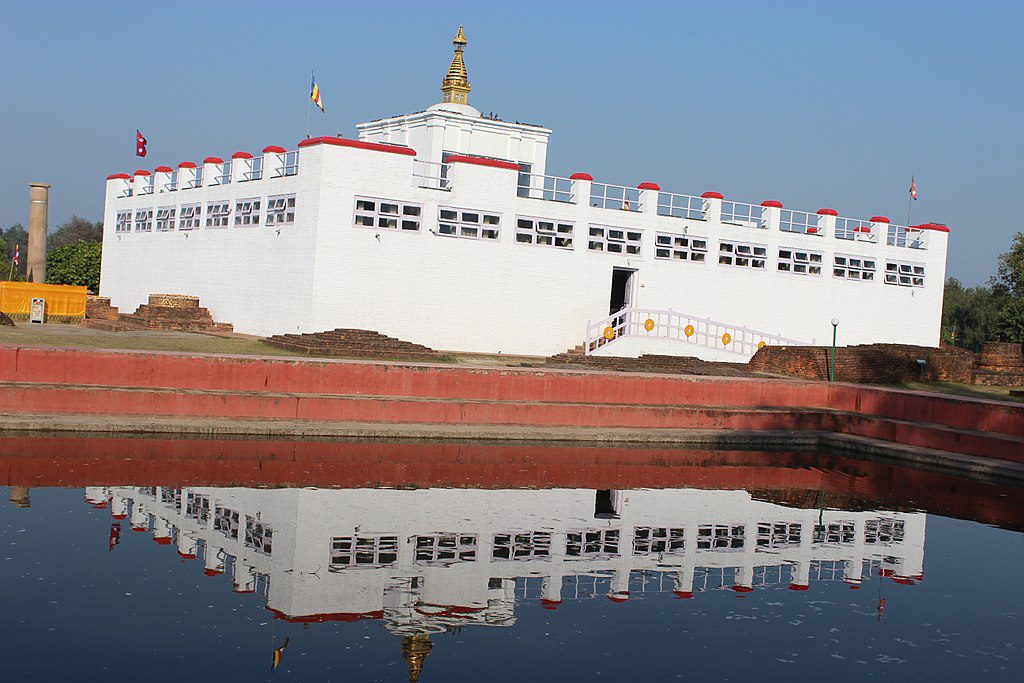 Lumbini is the village in which Siddhârta Gautama, better known as the ‘Buddha’, was born in 623 BC. Located near the Indian border, about 300 km from Kathmandu. Lumbini was listed in the UNESCO World Heritage Site in 1997. Since then, Lumbini has become a major place of pilgrimage and boasts many temples and archaeological ruins that reflect the place’s rich and vibrant past. The Lumbini Tour being offered by Legends of Himalaya is of great historical and cultural significance because the village saw the rise of one of the main monotheistic religions: Buddhism. It is in Lumbini village that Queen Maya Devi, gave birth to the future Buddha – who will go on to be venerated throughout the world. The birthplace of Buddha now houses many temples – boasting different architecture from each other, as it was built by congregations from different countries, highlighting the diversity and unity of the religion.

Archaeologists till today, continue to examine the remains of the Sakya kingdom brick by brick. A pillar erected by the emperor Ashoka attests to his visit in 250 BC. In the 13th century, Malla princes from western Nepal came here on pilgrimage. The visit from Muslim Mughals marked the era from which the historical site fell into oblivion. It was not until 1967, when the Secretary-General of the United Nations, came to visit that an international project was developed aimed at the restoration and enhancement of the site. The main idea behind the project was to make Lumbini the world’s capital of Buddhism.

Located nearby are the Maya Devi monastery and the Puskarini Pond, where Siddharta is said to have taken his first purifying bath.  People from all over the world use this pond as the place to meditate and learn the doctrine spread by Gautam Buddha. 24 km west of Lumbini, near the current village of Tilorakot, is the presumed location of Kapilavastu – the former capital of the Sakya Kingdom. The remains of the enclosure once pierced with four doors are still visible today.

The Lumbini tour begins when we enter the heritage site through Gate 4. This allows us to access the entire site. All the gardens, temples and monasteries can be accessed for free for all nationalities.  A small charge of NPR 200 per person has to be paid, to enter the sacred site of Maya Devi Temple. It is quite possible to visit by bike, tuk-tuk or on foot. Opting to visit the site on foot will allow you to wander the wide alleys of the gardens where nature takes over and the fauna is diverse and varied.

The lengthy site connects the Maya Devi temple with the World Peace Pagoda. A long canal separates the park: the western zone is devoted to the ‘Mahayana’ and ‘Vajrayana’ currents of Buddhism, while the eastern zone corresponds to the Theravada current. In each area, numerous monasteries and temples are scattered: each representing the countries that erected them. In the center of the site, we will be able to see a huge statue of Buddha. Originally black, it was covered with gold by Thailand, representing Buddha at birth. Barely born, the child would have performed his first miracle: under his first seven steps, lotus flowers would have appeared. In the center of the Lumbini gardens, there is the peace bell facing the canal as well as the eternal flame of peace.

A statue of Buddha can be seen under the tree (Bodi Tree), where he reached the state of ‘Nirvana’. Some temples have different opening hours, such as Thailand which we were unable to visit. Following the canal will lead us to the World Peace Pagoda built by Japan. The white stupa is gigantic and mesmerizing. Built-in the middle of a flower garden and a pond with water lilies, the place is peaceful.

As there are little to no vendors, within the heritage site, it is therefore important to take water and food with you for the day. However, a small souvenir market is located at the main gate between the World Peace Pagoda and the entrance to the gardens, which offers a limited amount of food and refreshments. The Lumbini Tour offers anyone the unique opportunity to experience the vibrant and rich history this cultural site has to offer.