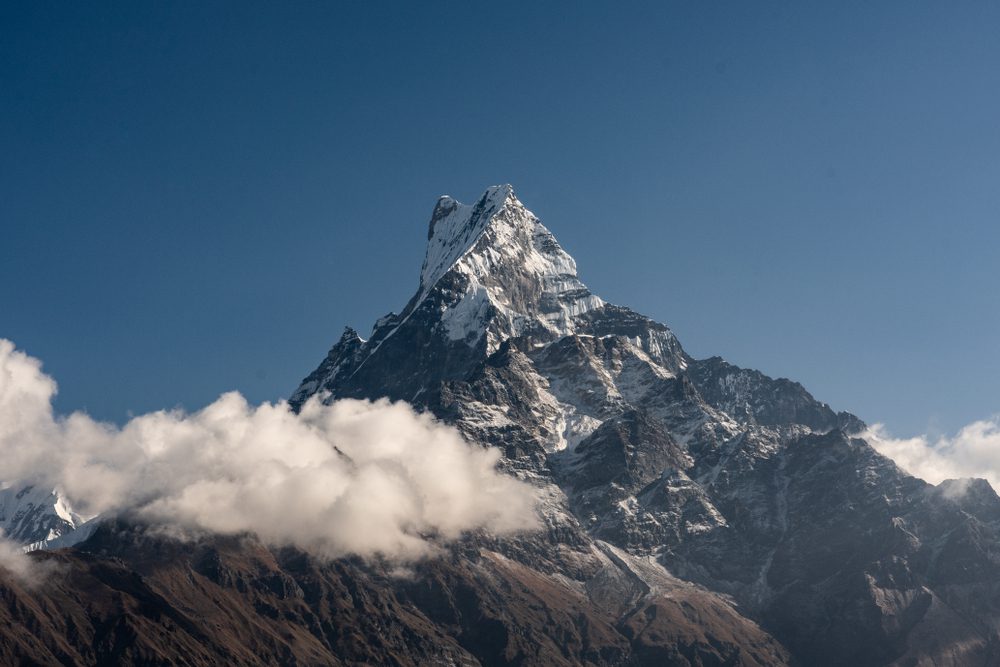 The trek of the Mardi Himal –  is one of the `new’ treks in the northern part of Pokhara within the kingdom of Nepal. It is an ideal trek to avoid the most crowded routes in the region, during high season. As the Mardi Himal Trek route is comparatively new, it implies that the environment is much more rustic and the accommodations more basic, yet genuinely authentic. It is a trek that runs in the middle of a beautiful landscape and has stunning views of Mount Annapurna, Mount Hiunchuli, Mount Machhapuchhre and other smaller mountains in the Manaslu ranges.

Mardi Himal Trek consists of open terrain that offers an immense opportunity to travel through villages of long history and tradition, incredible landscapes, different cultures, stunning views of the silver peaks and captivating views of the rivers and the striking valley are some of the highlights of this hike. Located east of one of Nepal’s famous treks, the Annapurna Base Camp trek, the Mardi Himal Trek is out of sight but it is a valuable trekking route. Very few hikers visit the Mardi Himal base camp, fabulously located at the foot of Mardi Himal and the amazing Machhapuchhre.

Mardi Himal Trek starts from a small settlement called Kande – an hour’s drive from the city of Pokhara. From the settlement, we climb up to Pothana(1950m), then onto Deurali (2100m). From Deurali, we take the first right and follow the ‘Forest Camp’ trail through the jungle to make our way up to the Low Camp (2600m). The trail then leaves the Low Camp, heading once again towards the jungle. After only an hour of trekking through the jungle, the trekking trail converts onto an open ridge with spectacular views of Mount Machhapuchhre(6,993m) and Mount Annapurna (South).