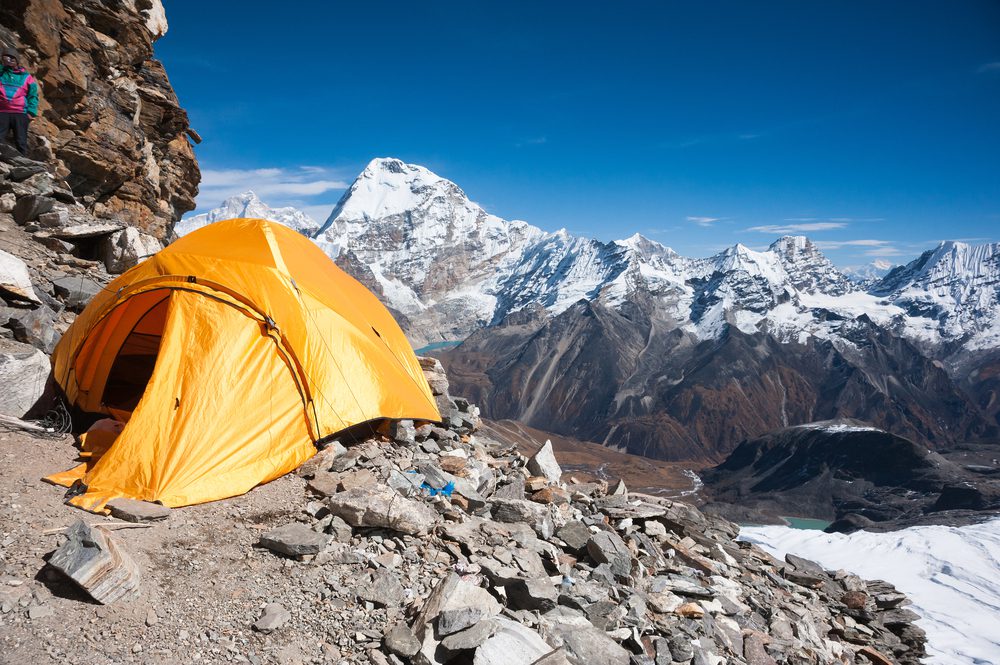 Located within the Everest region, lies a hidden jewel – Mera Peak. Standing at an impressive height of 6476m, the Mera Peak Climbing experience is often referred to as a gateway into the Everest region. Atop this vantage point, one can easily see five of the world’s  8000m+ mountains –  Mount Everest (8848m), Mount Lhotse (8516m), Mount Cho Oyu (8201m), Mount Makalu (8481m) and Mount Kanchenjunga (8586m). Mera Peak is often referred to as the tallest “trekking peak” within Nepal. The reason behind this is that any peak higher than Mera Peak requires permits associated with Peak Climbing. Trekking peak is a term associated with Nepal Mountaineering Association(N.M.A), referring to all the peaks which can be ascended without acquiring a climbing permit.

Mera Peak climbing constitutes 3 major summits – North Mera Peak (6476 meters), Central Mera Peak (6461 meters) and South Mera Peak (6064 meters). North Mera Peak is considered to be the highest and the most dangerous submmit to scale. It acquired the title of a ‘dangerous peak’ – because of the frequent avalanches and glacial changes, which occur within the peak’s vicinity. As a result of which, trekkers and trekking agencies prefer climbing or sending clients to scale only the Central Mera Peak. The Mera Peak (Central) was scaled for the first time by J.O.M Roberts and Sen Tenzing on 20th May 1953. Similarly, Mera Peak (North) was scaled in 1975 by Marcel Jolly G Baus and L Honills

The itinerary used in scaling Mera Peak is well thought out. Sufficient breaks for acclimatization, rests and time for sightseeing throughout the trekking trail is included in the itinerary. The Mera Peak Climbing expedition begins from the airport in Kathmandu heading towards Lukla airport unless heavy traffic is being experienced in this airport, which would result in the journey beginning at Ramechhap airport. The airport is a 2-3 hours drive from Kathmandu Valley.

The ideal season in which to embark on the Mera Peak Climbing Expedition is the season of Spring. In Nepal, the season is from March to May. This is the best time in which to see the blooming of Rhododendron – the national flower of Nepal strung along the entire trekking trail. During this season the skies are mostly clear providing the climber with ample opportunity to marvel at the breathtaking view of the Everest Massif. Anyone who can’t make it in the Spring season can also commence the journey from September to November – Autumn season, which also provides ideal moments to enjoy the trek and also bask in the sights and sounds the surrounding mountains has to offer.