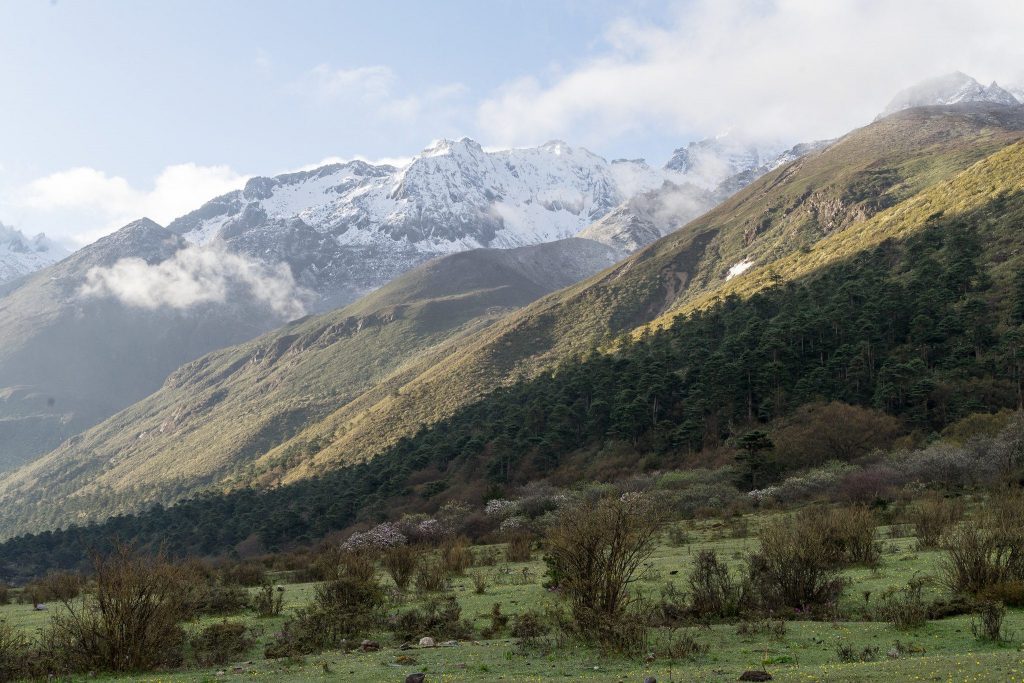 Enroute to the lake, trekkers will be able to see high altitude meadows, alpine lakes and numerous mountain passes. The Napata trek is considered unique and relatively unexplored as many trekkers who come to Bhutan to trek seldom choose this route for their trek. Besides the fascinating rich local lore, the turquoise colored Nub Tshona Pata Lake with its picturesque beauty surrounding it remains the highlight of the trek.  While making your way to the lake, you will be able to witness numerous yak herdsmen with their yak along with a rich and vibrant wildlife. The region boasts a lot of stunning wildlife including but not limited to : Snow Leopard, Blue Sheep, Black Bear, Sloth Bear,  Blood Pheasants and Jara – animals which are similar to deer.  Furthermore, the route consists of an abundance of fascinating flora like the yellow umbrella of Chukha Metho, Rhododendron forests, Juniper and lastly the Blue Poppy – national flower of Bhutan.

Out of the 5 days of trek, only the first day is the easiest leg of the journey as the elevation is gradual and on solid ground. However, from the second day, the trek becomes grueling and hard as there are numerous mountain passes in high altitudes which have to be crossed. Sacred mountain – Jomolhari is seen in all of its glory and natural beauty after crossing the third mountain pass. The trekking trail will lead to the Nub Tasho Napata lake on the third day, from where you will be able to see the third highest mountain in the world  – Kangchenjunga. Once the lake is reached, the trail starts descending making its way through two mountain passes, before culminating near two lakes located at an altitude of 4200m. The last day of the trek , which is relatively easy, provided an uninterrupted view of Jomolhari throughout the way, before reaching our destination Paro.