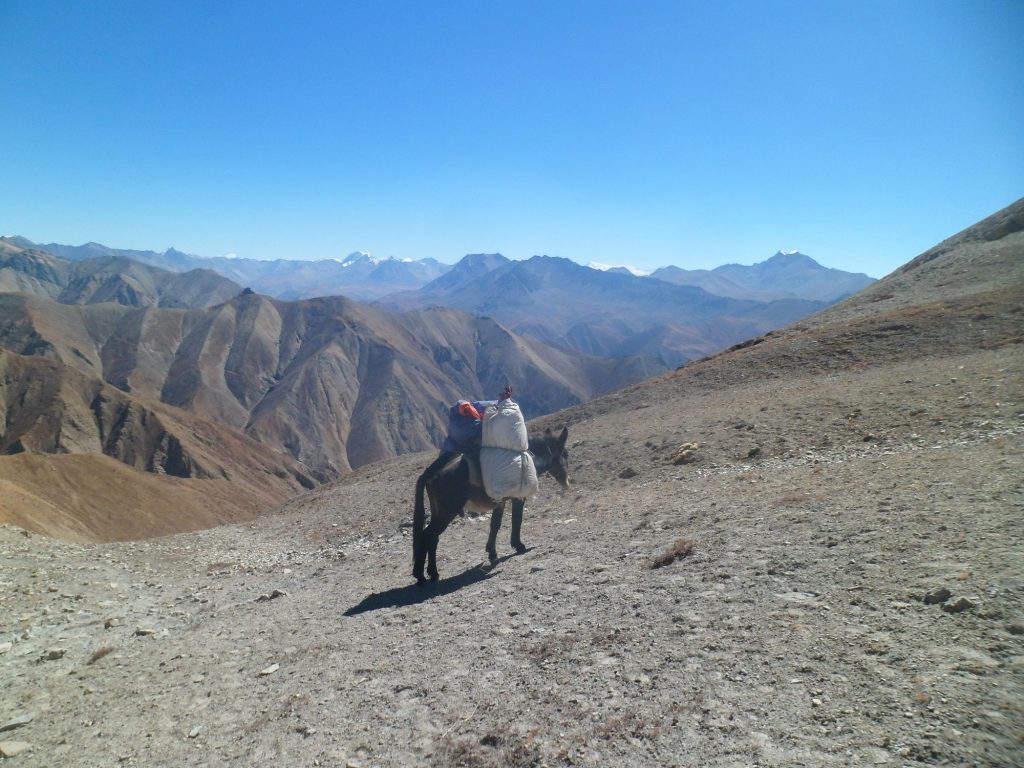 The Dolpo region which lies within Nepal is an extension of the Tibetan plateau. Being the least developed and populated province of Nepal – Dolpo has been ostracized from the waves of modernization and globalization; helping the region retain its natural beauty and wonder. Ultimately, making the Upper Dolpo Trek – a must for all the trekkers who admire the natural beauty and serenity that Dolpo has to offer.

The Dolpo region, through its culture and landscapes, evokes to be considered mystical. The region connects Tibet to Nepal in a straight line. Caravan of yaks making their way down from Tibet –  loaded with salt or wool; can be seen on the narrow roads of the region. Along the route it is very common to come across rivers, monasteries, slate houses, prayer flags, stupas, and the extraordinary beautiful mountain ranges between Nepal and Tibet. The hospitality and warmth of the ethnic groups living within these regions add value to the trekking route.

A Dolpo trek is divided into two distinct routes: the Upper and the Lower Dolpo trek. Upper Dolpo is inhabited by an ethnic group called Dolpo-pa (Dolpo people), Bhotia or nomads called DROKPA – who are of Tibetan origin and practice Buddhism or the Bon religion (religion before Buddhism). While the Lower Dolpo is populated by Brahmin, Chhetri, and Magars – whose culture and traditions are influenced by the Hindu culture. Upper Dolpo Trek is more prevalent between the two paths.

On the Upper Dolpo Trek, traversing through hilly terrains, small boulder covered roads, dirt roads and steep hill climbs – are all but forgotten when the Shey Phoksundo Lakes looms into view for the first time amongst the mountains. Shey Phoksundo National Park, which stretches around the magnificent lake, is home to –  the blue sheep, snow leopard, wild rabbits and, other small peculiar reptiles. Visiting the monasteries in Shey Gumpa and Yangze Gompa, and living amongst the locals will leave you with inner peace and serenity.

Upper Dolpo Trek – taking up to 20-24 days – is considered a very long route by many trekkers. Despite being long, the route is filled with natural beauty of significant proportion that by the end, you will be glad you opted to go on such a long journey through the mountains. This trek is only suitable for trekkers with prior trekking knowledge and experience or people who are healthy and fit, capable of walking long distances for an extended period.